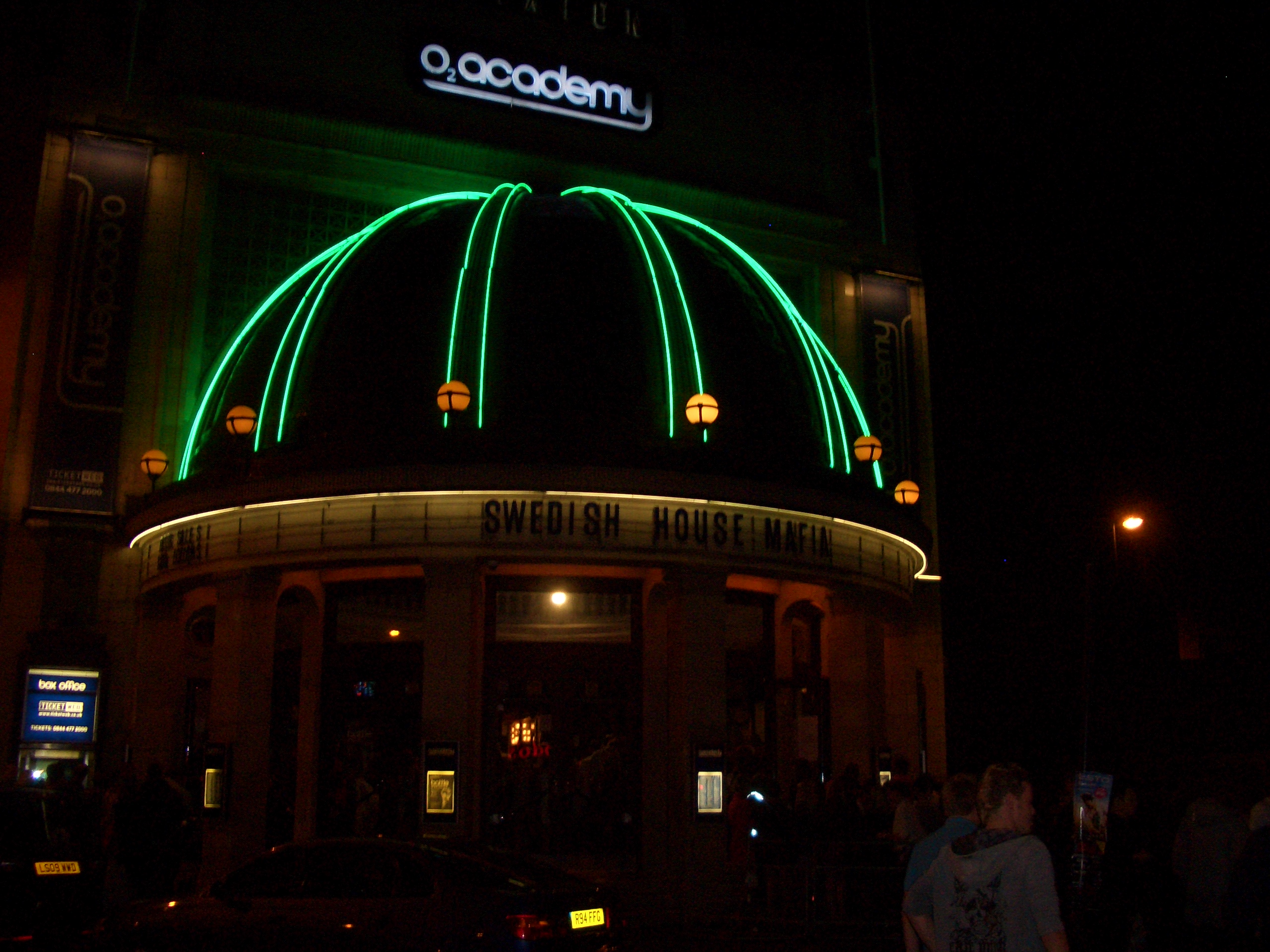 It’s already wednesday and I’m sorry that I’m a little bit later than I expected with this review but I arranged something for the blog!

So let’s start with this big review. Last weekend was one of the best or no it was actually the best weekend in my life so far concerning house music.

I’ve been to London with a friend of mine to see the Swedish House Mafia playing at the Brixton Academy.

I had the pleasure to be a VIP. Thanks to everyone who made this happen

We arrived in Brixton about 9.30, ate something at McDonalds and then we went to the Academy. We actually were a bit too early because the VIP/Guestlist entry wasn’t open at this time so we had to wait a little bit. In front of the door we were talking to some guys from the UK and some Swedish girls. After waiting about 15minutes the door opened and finally we were in the building. We got our wristband but after a few minutes we recognized that we only got one and some of the VIPs got two, so we couldn’t go to the VIP bar. But like it turned out we didn’t missed anything special *g*. The best thing was that every one with the normal wristband had the possibilty to watch the whole show from the balcony. We did this cause we thought it is not very funny standing in the middle of 4000 people.

At about 10.30 Max Vangeli started the Warm-Up show. He played mostly some techy stuff for about an hour. After that Kim Fai played his stuff which was actually a little bit more housy and after this AN21 played some fresh stuff.

After playing tracks like the “Monday” bootleg with the Vocal of Kings of Tomorrow “Finally”, Max Vangeli’s and his new remix of “Nothing better” of Erick Morillo and Eddie Thoneick and “Swedish Beauty” the screen was raised and the music stopped

Then the show of the Swedish House Mafia aka Steve Angello, Sebastian Ingrosso and Axwell started with their trailer for “Masquerade Motel” which is the new motto of their monday night parties at Pacha Ibiza (Opening 14th of June).Next a trailer of the SHM was screened which has already been shown at the Ultra Music Festival in Miami.

The screen felt down and the Swedish House Mafia was on the both  and playing their new and actually first single “One”.

Everyone of the three got something like his own part, where they played their releases and a logo of the playing artists – instead of Angello’s logo- was displayed on the very huge LED screen.

Sebastian Ingrosso played for example “Kidsos”, Axwell played his and DirtySouth’ remix of “Sweet Disposition” and his remode with Henrik B of ” Teenage Crime” which was my favourite (of both days) and Steve  played the bootleg of “Be vs. Satisfaction” At the end of the show which was about 4 am they played a nice live mash up of “One more time” by Daft Punk merging into “One” for the second time.

All in all the music was a little bit to hard in my opinion but I really enjoyed it and had a lot of fun!

Here’s the intro of friday’s show:

On saturday we first met with some friends from Norway and chilled a little. We took a taxi after we Germans were complimented by the Norwegians on winning the Gay-Contest EuroVision Songcontest.

We arrived – not quite sure – at about 11pm at the Brixton Academy, took some pictures and then we went to the VIP entrance. The funny thing was that the women on the door already knew our friends because they had the same problems with the wristbands that day before but on saturday there was only one for everything.  She also told us that the whole set and visuals have been edited.

So me and my buddy Marcus had the pleasure to go to the VIP bar, but he already told me before because he has been to the first gig of the Swedish House Mafia at Brixton in November 2009, that it’s less than something special. but advantage of the VIP bar was that you could order your drinks very fast and chill a little bit.

After talking a little we went to the balcony to see who was playing on the stage. It was AN21 and after him Alex Metric played for about an hour. Like you can see we also met AN21 on the balcony, talked to him and took a picture. Then the show began. It began like the day before with the “Masquerade Motel” trailer, the SHM trailer and ONE but after the set the whole set was arranged different and the played other stuff like Steve Angello – now also having a logo on the screen – was playing “Knas”. The ending was different as well… instead of playing the normal version of “One” they played the version with the lyrics of Pharrell called “Your name” (see first videos below).

I’m sorry that I can’t name you the whole tracklist of the set but I was too busy to process all these impressions.

In conclusion the 2nd day was better because the music was different and the visuals were better but both shows were worth it! If you have the chance in the future to see Axwell, Sebastian Ingrosso and Steve Angello live you should take the chance and do it. Hope you like that review. Maybe I will add some details but to get some impressions as well take a look at the videos my friend Marcus did or check the pictures.

Some videos of the 2nd show: