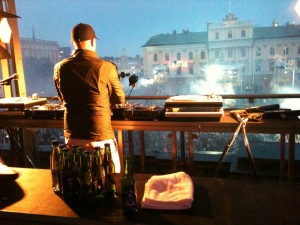 Broadcasted about 1 hour  ago on Pete Tong’s show, the name of the Tonight Amnesia ID2011 is now clear. “2Night” is the obvious name of Eric’s upcoming Pryda single and the broadcast caused a lot of goosebumps on my body.

When Pete Tong first announced a new Pryda tune for this weeks show I was sure that it will be this ID and to be honest this might become another real hit for Eric as it has a very special and BIG vibe which in my opinion could reach the masses and not only the Pryda heads… it’s just LARGE :)

Another highlight on Pete Tong’s show was that he announced that Eric’s Creamfield set will be the next essential mix on BBC Radio 1!

Let’s see when it will be released, the date is not set yet but I guess the news will reach us during the next days so “Tonight” can happen in every bedroom and not only at Amnesia every tuesday.

The track is due to be released on monday, the 19th September!