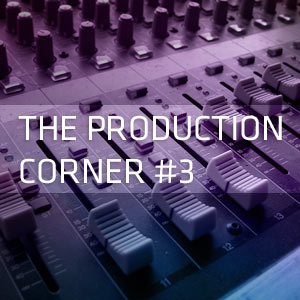 Today we’ll have a look at synthesizers, which are at the core of electronic music in essence.  The songs of today rely heavily on synthesis because of its horizon of possibilities and limitless potential. From the giant racked experimental modular synths, to today’s compact software synthesizers, a long way has come. They can be complex, but are always fascinating, and sometimes unpredictable.

Still, synths are somewhat recent instruments, and they’ve only really been around since the mid 60s. Beforehand, even though different forms of audio synthesis existed and a lot of research had been conducted on the topic, most of what was available was somewhat primitive, or not readily available. Circa 1965, Bob Moog, who is regarded as the father of modern synths, released the first commercial synthesizer, the Moog Modular. It was one big piece of gear split in two parts, a keyboard and the actual sound module. It grew up into the Moog 55, that could be expanded up to 27 modules and fill a whole room !

This was a modular synth, and it basically worked by combining electrically generated signals, and transforming them with effects via cabled connections. The more (modules), the merrier. Even today, Deadmau5 owns his own modular synth and it’s a pretty impressive beast. Below, you can see him working another modular synth, the Buchla. 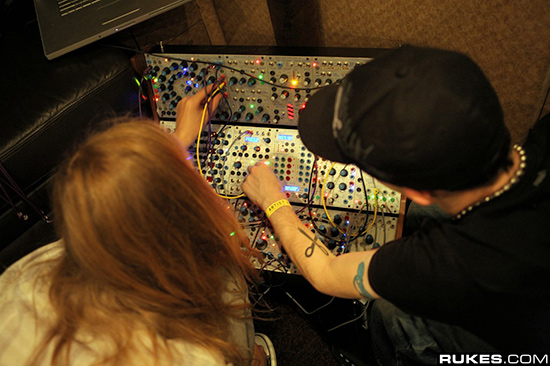 But there are other kinds of synths as well, that work differently. Additive synthesis for example, as the name implies, is based on a combination of sounds – just like you would mix colors to get the tint and hue you’re after. Subtractive synthesis, on the other hand, filters harmonically rich waveforms to leave you with just what you need. Frequency Modulation synthesis starts with a sine wave, and then modulates its amplitude in order to create a tone ; the modulation process can be repeated to enrich the sound. These are pure, “hardcore”, synthesis techniques.

What I’d call “non pure” synthesis means do also exist : they rely on existing sounds, and either use some or all of them. Sample synthesis is how we call the process of recording a sound to play it later on while retaining its character. This is different from a mere playback, since you have, for example, the ability to transpose it, just like hitting a different note on a piano. We’ll just skip that, since we’ve already tackled that aspect last month with Kontakt libraries. However, Granular synthesis is really fun and interesting : the sound comes from tiny bits of audio. We are talking about a couple milliseconds only here, but the sum of many of them, played at different speeds, volumes and frequencies provokes intriguing results.

Most of the time the raw sounds coming straight out of the synth are dull and cold, especially with many software synths that do not necessarily copy the grit and warmth of analogue gear. To shape them and make them interesting, we use of filters to make the sound pop out, shine, scream, rumble, etc. Generally speaking, filters are essentials to electronic music, but in its most basic form, a filter can be a simple low cut/hi pass (cutting bass frequencies, letting hi frequencies through) or high cut/low pass (cutting hi frequencies, letting low frequencies through). There are several types of them, and some plugins allow you to do crazy shapes, and even modulate them in real time – such as Soundtoys Filterfreak. Filters on synths go one step further, because they enable you to feed a greater portion of the sound coming from the oscillators to the output – an effect you may have heard on loads of buildups, with the sound getting nastier.

Another essential parts of synths is their ability to shape how dynamic is the sound, by the use of envelopes, commonly referred to as “ADSR” – standing for attack, decay, sustain and release. The attack defines how strong and how fast goes the sound when you hit the note, and is a very important parameter for punchy sounds. Decay and sustain have to do with the sound afterwards, but they are different in the way that sustain is linear while decay isn’t. Finally, release is pretty transparent so I won’t detail that one. The graph below will help you put this into perspective.

Previously, I also told you that synths were fascinating machines with a truckload of possibilities. Filters can have their own envelopes too : for example you could decide to low pass a hit, so that the hi frequencies come in gradually, and then fade out again. At this point, I’m pretty sure you’re realizing how much power, and freedom synths have in their bellies.

Synths have an unparalleled ability to make silly noises, and LFOs are perfectly fitted to the job. I’ve been trying to define them in an easy way, but I’ve finally resorted to quoting Wikipedia on that one, so here it goes : “Low-frequency oscillation (LFO) is an electronic signal, which (…) creates a rhythmic pulse or sweep. This pulse or sweep is often used to modulate synthesizers, delay lines and other audio equipment in order to create (…) audio effects such as vibrato, tremolo and phasing.” Now imagine that you can lock that pulse to the tempo of your track, or double it, it gets really funky. But you could also unlock the pulse and freely adjust it within 0.01 Hz, and wildly automate it. That’s how wobbly basses are made by the way. Chances are that you’re favorite epic buildups make use of some LFO automation as well.

This post being already quite lengthy and technical, we won’t go into the details of soft syths vs hardware synths because it could cover a topic on its own, plus we’d still narrow it down to their actual “sound”. You just have to remember that they work just the same, and where software synths do make a difference is when combining different synthesis techniques. Right now, two software synths are extremely popular in EDM : Sylenth and Massive. Go ahead and play with them if you’re interested, you may download free demos and you’ll find plenty of resources about them online.

As usual, feel free to question me on Twitter and to comment,
Thanks again for joining us,