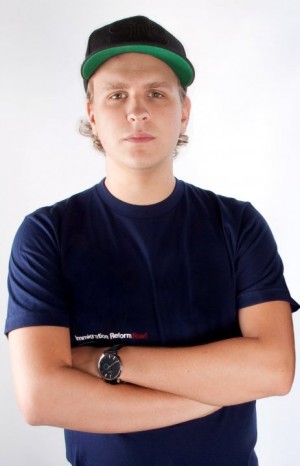 This is the first time I’m presenting an artist for you by doing an interview.
This introduction features the upcoming artist SEBJAK.

toblip: Tell us something about you. So where/when have you been born, what are you doing besides music?

Sebjak: My name is Sebjak and I’m a music producer / remixer / DJ from Stockholm, Sweden. I give all my time for music. Really takes up lots of time when you doing it serious.

toblip: How did you start producing and deejaying? Did you learn to play an instrument when you were a child?

toblip: What are your influences and who’s inspiring you?

Sebjak: Swedish house mafia for sure but also producers like Riva Starr , Nic Fanciulli and Gui Boratto are amazing!!

toblip:  The typical house music fan maybe know you only because of “Bang that drum” you did in collaboration with AN21 besides this you already did a lot of projects. Which has been the best one for you so far?

Sebjak: I’ve done a track called ’Shock’ that I’m really happy about, it does some serious damage to the dancefloor!!It will be released on ’The Mansion Recordings’ in June


toblip: With “Shock” and “bigger” you previewed some of your upcoming tracks. When will the be released and what else cann we expect of you and what are your goals for this season?

Sebjak: They both will be released in June. after that it’s time for my remix of Richard Grey feat. Robin S which has received huge support by Erick Morillo

toblip: You’re playing mainly in Stockholm. Where else are you playing and where do you want to play? Are there some gigs in the rest of Europe planned?

Sebjak: There are mostly gigs all over Sweden this summer. But there will be some cool gigs to announce in a while!!

toblip: With who do you want to collaborate in the future?

Sebjak: Gui Boratto would be awesome, I have probably forced him to tell me what’s the secret behind his mixes are!!!

In addition to this Sebjak gave me his current top 6 tracks:

For bookings send a request to sebastian@umbreallaartist.se