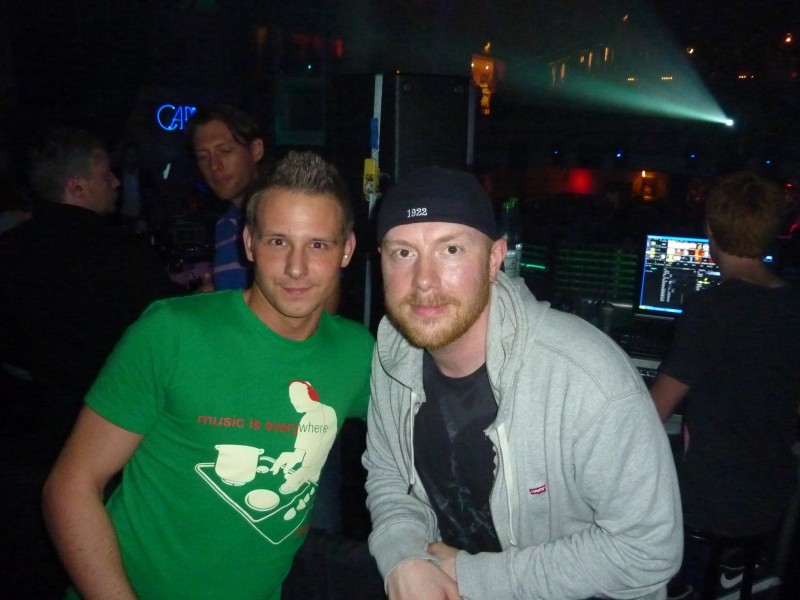 Oh my god, what a weekend, what a gig. It’s pretty hard to find words which can describe this feeling but as I already promised to write a review plus I love sharing this impression with you I try my best. Last sunday, 12th of June 2011, a dream came true and I saw Eric Prydz live for the first time after I couldn’t make it to Hamburg in 2010.

The event took place in a concert hall, called Capitol, in Hanover which you could also describe as a little brixton academy cause it also has an old flair and a balcony above the floor. Sure it has not the same spirit and Brixton Academy is a lot bigger but you describe it as little Brixton Academy I guess, but cleaner ;-)

We arrived pretty early at the venue, it was just a couple of minutes past 10 pm, but we wanted to experience the whole night as Eric Prydz is really something special.

The first warm up dj played a pretty cool set which was more deep and included, for example, “Disco Gnome” as the Tale of Us remix or “Symphony” by Adam Port as the Leon remix. He played for about 2 hours and after that the other warm up dj played some more dancefloor tunes to bring the crowd into the right dancing and party mood.

After a couple of schwarze Dose, a pretty cool non alcoholic energy drink, and about 3 hours later Eric Prydz started his set at 1.20 am with the Colloseum ID, followed by some other IDs which I might haven’t heard before. I also talked with some other guys who haven been to the gig and they didn’t know em too but for all those real Pryda heads, I have to say, talking about IDs, this gig was probably one of the best you could visit.

Eric played IDs, he didn’t play for , as far as I know, a long time like Berns 09 ID 1, Pete Tong ID, Space Miami ID (how unreal is this live) and he also played, as his last track, the new Ambassadeur ID03, which, in my opinion, has a lot of potential to become a pure hit.

He also played the Summerburst ID but to stop with those IDs, which are kinda making me angry because I want them all, he also played released tracks like “Glow“, his “Personal Jesus” remix and “Niton” with the “The Reason” vocals as a special edit. After that he played “M.S.B.O.Y” as an edit with the vocals of “You’ve got the love”, like he played it for example at Sensation Copenhagen in november.

Then he played “Mirage”, the first track of the latest Pryda EP, and all I can say about this track is, that it’s absolutely amazing. I really don’t know where to start with describing the feeling when he played it but if you have listened to it on a good system you should definitely know what “Mirage” is able to.

With a little stop, Eric shut down the music at the end of “Mirage”, some might thought that this was the end but then he started playing his really big edit of “Pjanoo“, “Viro” and “Allein Allein” which you can see in the video below.

Followed by his “Miami to Ibiza” edit, which I really didn’t expect and actually thinks it’s pretty awkward to see Eric spinning this track, he transitioned into “Juletider“, another track from the 20th Pryda release, which the fans also might known as Berns 09 ID #2 ;-)

Last but not least, Eric knows how to end a set, he played the, as I said it at the beginning of this post, the Ambassadeur ID 3. Because of an empty battery we couldn’t record it but I hope you enjoy the footage we did for you :)

In conclusion this sunday was a musical highlight in my live so far and I have to thank Eric Prydz, Chris and Andre for organisating this event and to everyone who came down and enjoyed this gig. Special thanks to Marcus who uploaded and cutted the videos.

To give you guys a preview about the upcoming stuff on toblip.com, I can tell you that I’m sorting out the Ibiza summertrip and this weekend, 18th June, I will see Max Vangeli in Hanover, so you better be prepared for another review :) 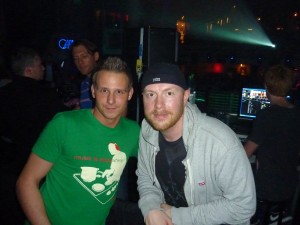