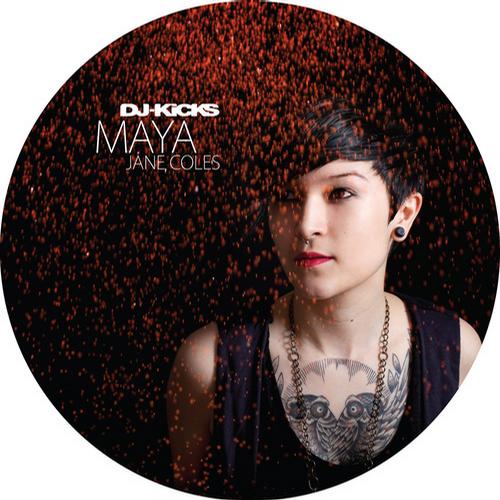 Is there anything left to say about Maya Jane Coles? I guess not, cause her music conquered the whole EDM world in the last year. Voted Producer of the Year 2011 by DJ Mag, named Best Breakthrough DJ 2011 by Mixmag, debuting at No. 9 on the Resident Advisor 2011 DJ Poll, scooping Best Newcomer 2011 at the Ibiza DJ Awards 2011 also being on many covers of international magazines.
But all this success comes not by chance. Raised in North West London by her Japanese mother and English father, Maya caught the music bug at an early age, gaining influence from her parents diverse record collections, which led to an interest in music production. Her discovery of the East London party scene through events like Mulletover & Secret Sundaze, led her to start creating her own interpretations of electronic dance music, inspired by deep house, techno and dub.

Today we want to present you Mayas newest work. The “Not listening” EP (its not really an EP) is out since the 16th of April as an little bonus to Mayas DJ Kicks compilation release. The first track is called “Not listening” and is given away as an free download from her to celebrate the release of the Mix. You can download the track here:

About the second track “Meant to be” Jane Coles says: “The Nocturnal Sunshine track is something I started about three years ago, I never managed to finish it. I kept going back to it, but it was never quite right. I came back to it again, totally stripped it back and redid it and it came out really well. It’s not normally something I would do. Normally, if I can’t finish something I scrap it. The tracks I’m happiest with are normally the ones that come naturally and quite instantly. When I spend too much time working on something it can lose that specialness. If it’s too much effort then it doesn’t feel right. But in this instance it just had something that I really liked. I’m really glad I came back to it.”
Nocturnal Sunshine is a side project the Londoner use to show her darker side.

We hope you like both tracks as much as we do. Grab your copy on Beatport now.