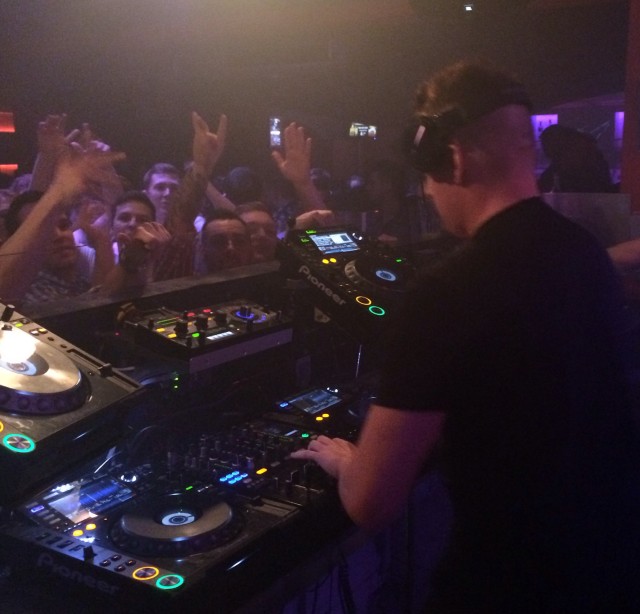 What an unbelievable night at Halo in Hamburg with no other than the British dj and producer Kryder. He really smashed it, the crowd was super energetic and they were really feeling his set. Besides playing a lot of great tunes including mashups/bootlegs, he presented an upcoming remix by himself of the vocal version of the Showtek and Justin Prime collab called “Cannonball (Earthquake)“.

Kryder‘s remix on “Cannonball (Earthquake)” sounds totally different from the original version and with his melodic interpretation, which is full of positive energy, he lets you forget that the original is actually a electro house monster.

After the gig I had the chance to talk with Kryder – and his lovely wife – and believe me, he is a really pleasant guy. He is working on a lot of stuff right now which sounds pretty promising and we can tell you that he will surprise most of you guys with some of those releases ;-)

Afterwards I went with Michi of BlueElectric (http://www.blue-electric.com), a friend of Michi, Kryder and his wife to EGO for some afterparty which also shows you how nice and great the British producer is. We really had a great night and we hope you can enjoy this remix as much as we do and did ;-)

Thanks to Michi, Kryder and of course Halo for booking him!

Next gig I will attend: Michael Calfan at Halo on February 15!!!