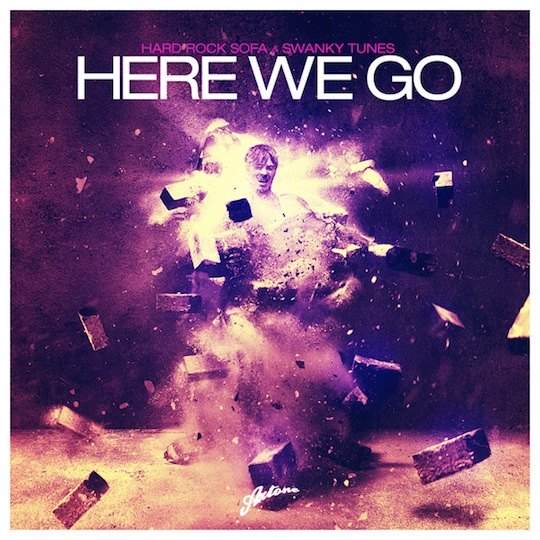 Another collaboration between the Russian producers Hard Rock Sofa and Swanky Tunes is coming up on Axtone and it’s called “Here We Go“. It is a banging record but to be honest it’s not fitting to the general style of Axwell’s label.
World premiered by no other than the Swedish House Mafia during their set at this years Coachella and the broadcasted on Jordan Suckley’s BBC Radio 1 show, this record earned a lot of positive feedback. We like it, that’s why we are recommending it to you, but there have been quite a few records which were way better on Axtone. Hopefully this is not a bad sign as the quality of Axtone was always something you could count on. Dont get us wrong it is not that it is a bad track and we still believe in Axwell’s great choice but there are plenty of collabs out there by Hard Rock Sofa and the Swanky Tunes and only some are worth to listen to.

“Here we go” will be out at the 9th of July through Axtone. Do you like it? What do you think about it?

Update: Jordan Suckley takes ‘Here We Go’ for a spin on BBC Radio 1 on the In New DJs We Trust show.