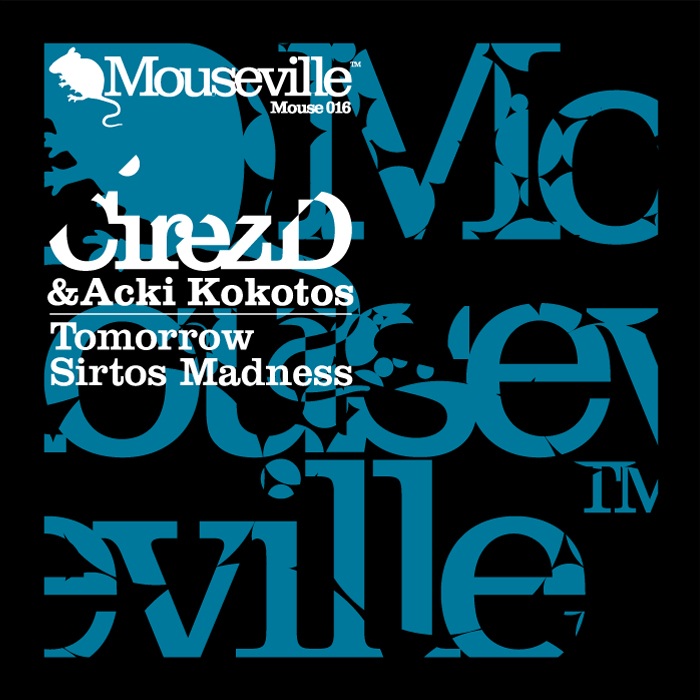 The previews for the upcoming Cirez D & Acki Kokotos EP are finally up. After Pete Tong already played both tracks, “Tomorrow” and “Sirtos Madness“, in his shows on BBC radio 1 and they have been supported by, for example, Armin van Buuren’s A State of Trance both monsters will be released on the 16th March through Mouseville.

Both tracks stand for a typical Cirez D sound and of course they have a lot of energy showing how different powerful tracks can be. Eric Prydz and Acki Kokotos did a great job on this EP.

“Tomorrow” sounds a bit melancholic but it’s a big track which shows his energy right from the beginning.

“Sirtos Madness” is banging too and it’s the one I prefer. After listening to it on Tong’s show I was kinda flashed and this preview is an understatement for Eric’s – and I guess also Acki’s – talent.

Let’s see if their will be more collaborations between Eric and Acki Kokotos.

For those of you who are interested in going to Brixton to attend to EP/IC on the 2nd April, I can give you the information that there are only about 600 tickets left. For more info check the ticketmaster page.